Every investor should consider Cape Town and the Western Cape. Here’s why 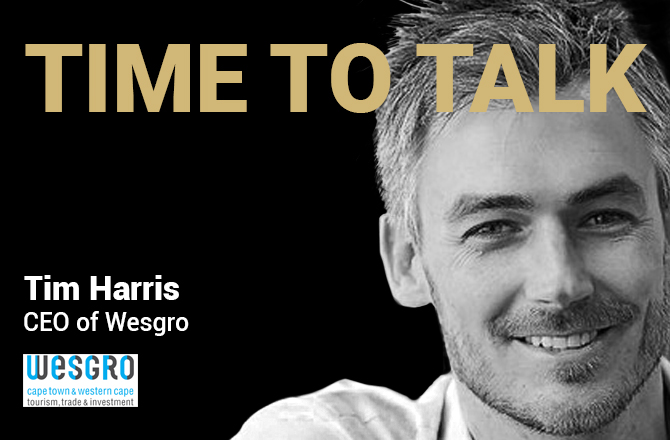 What do you have to say about the negativity regarding South Africa’s economic outlook?

The benefit of investing in Cape Town and the Western Cape are actually the institutional sophistication of South Africa and the infrastructure base of the country. Those are the first two considerations once you decide that Africa as a whole is an important growth market for you.
Our competitors on the continent are going to take decades to catch up in terms of ICT and transport infrastructure, so I would definitely start with that as the investment case for our region. Once you accept that, you look within the country, particularly Durban and Johannesburg, and you start seeing our region pull away in terms of the quality of local and regional government, particularly in infrastructure maintenance and quality of service provision, and when you combine local government’s ability to run a government effectively with the natural resources and natural attributes of the province and the city, it really rounds off that investment case and really leaves us the obvious destination of choice for global FDI interested in Africa.

What makes Cape Town such a great place specifically for this innovate climate with regards to FinTech and the like?

It starts with the strong universities; there’s no city on the continent surrounded by education institutions the likes of UCT, Stellenbosch, CPUT and UWC. That’s the strongest skills pipeline on the continent surrounding.
Secondly, lifestyle considerations make it easy to attract entrepreneurs and global talent. It’s harder to convince a top engineer to move to Lagos or Johannesburg than Cape Town.
Thirdly, we have the heart of asset management in Africa and the heart of the insurance industry in Africa built out of Cape Town over the last century, so there’s a lot of investment opportunities and skill in the region. The city and the province have also invested a lot in connectivity, which has been the piece we previously lacked, and now the largest fibre network on the continent beneath the streets of Cape Town. The province is connecting all the far-flung regions of the Western Cape using fibre and high-speed data links. When you take all of those fundamentals into account, you can see why the VC industry is centred here. Sixty percent of the active VCs in the country are based in the Western Cape and more than 70% of recent VC deals have taken place here.

“…There must be a level of trust between government and business for there to be growth. It is difficult to think of examples where that hasn’t happened…”

How should the public and the private sectors collaborate in promoting the country and the Western Cape?

There must be a level of trust between government and business for there to be growth. It is difficult to think of examples where that hasn’t happened. Our agency represents an important player because Wesgro has been around for 30 years. We promote opportunities in the economy, but our model is unique as we’re responsible for a region but we represent both the state government and the city government. We therefore avoid the institutional tension between state versus city, and we’re also unique because our board, which appoints management, is made up of business leaders. It’s primarily government funded, but led by business. The success of our recent projects, particularly in a difficult economic climate, shows that there is a higher level of trust here between local government and business than in the regions we’re competing with.

Do you have a final message for our readers?

Cape Town and the Western Cape have emerged as one of the continental leaders in terms of tourism, the film industry, and tech ecosystem because of a combination of South African institutions and infrastructure, quality local government, and being a desirable destination. With our increased connectivity across the world and the continent, we are an obvious place from which to access market opportunities emerging in Africa.