Health and Insurance, Time to Talk

Why Trinidad & Tobago has a unique public/private healthcare system 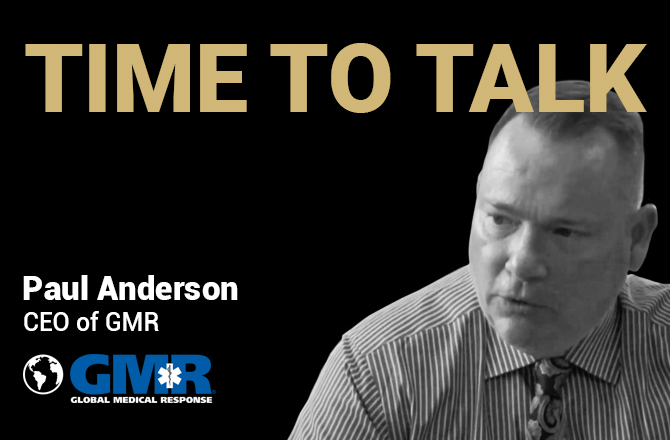 What is your view on the health sector in Trinidad & Tobago?

It’s going through a considerable amount of change now. It’s a health system that is under tremendous pressure and continuous change. I’ve seen considerable improvements in the time that I’ve been here. Locally, chronic non-communicable diseases are close to an epidemic and current estimates from the University of the West Indies are that 80% of the population is either afflicted by one of these diseases or at risk of developing it in the next decade. This is going to create additional pressures on the health system. There are 3,750 hospital beds in a country of 1.4 million people. To care for all those people would require construction of a hospital on every street corner, so we need to come up with alternative methods to provide care for chronic diseases.

What improvements must be made to better healthcare in the country?

We need to better manage the way that care is accessed. The primary care aspect of the public health system is under-utilised. There’s a tendency for people to congregate at A&E hospitals, which may not be the best treatment pathway for them. There has been improvements to the management of the health system. In addition to my role here, I’m a faculty member at the Lok Jack Graduate School of Business, UWI. One of the faculty there has created a certificate program in Healthcare Leadership. I lecture in that program, and the response has been very receptive.

What would you say are your key products?

We are the state’s ambulance service for the public. It’s the only aspect of the national health system that is 100% outsourced to the private sector. There are other providers but they’re not emergency ambulances. I am an advocate of public-private partnerships. The Ministry of Health are currently seeking a private sector partner to manage the new hospital in central Trinidad.

In this country a lot of things are provided by the government, even transportation, flights, and ferries. Is there too much pressure on the government?

It originated in the more lucrative periods for oil and gas. The government has a history of providing a lot of services to the public, many of which I consider to be of a high calibre. A good example, though it gets a lot of criticism, is a program called CDAP, which provides prescription medicine free of charge for people suffering from chronic diseases. There are very few countries in the world where people receive prescription medicine free of charge. To me that’s commendable, notwithstanding its challenges. I don’t think it gets the credit it deserves. It was very forward-thinking when the program was implemented more than a decade ago.

Taking into consideration that in the last two years the revenues have been cut by half, were the ambulance service or the CDAP affected by the cuts?

No – we’ve always been economical. When you look at the ambulance service that is provided to the public, it works out at TT$0.21 per person per day, which is the equivalent of about US$0.03 per person per day. We are beneath those cuts, but the current Minister of Health is committed to continuing what we’re doing because we’re creating tremendous value at an attractive cost.

Looking to the future, what’s the long term view for Global Medical Response?

We’re attempting to be part of that solution to rationalise how healthcare is distributed and accessed. We handle around 75,000 medical responses annually, and by our estimation approximately 30% are low urgency cases that could be managed outside the hospital. In the future what I think will happen when someone calls 811 is that we’ll respond with an ambulance as standard, but the outcome might not be to transport to A&E. We could, for example, transport to another facility that’s appropriate for that case, or it might be treatment by an advanced practice paramedic in the patient’s home with referral to the primary care system. This is being experimented with around the world in many different ways. An optimal model has not emerged. I see that as our role; we can contribute to creating the fluid capacity that’s necessary for the future health demands of the populous.