How mapping helps reduce gender based violence in South Africa 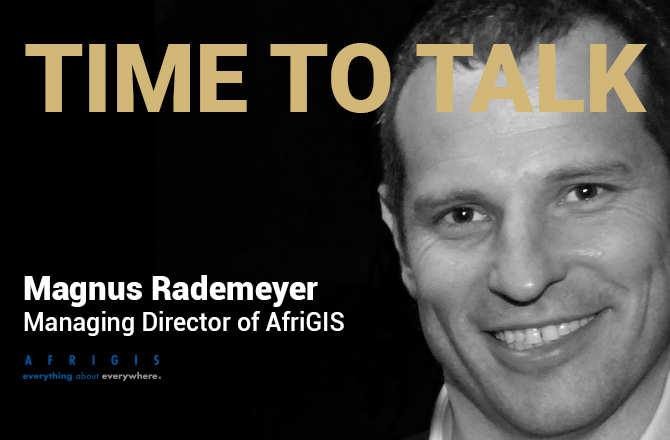 How has the sector evolved since AfriGIS’s inception in 1997?

AfriGIS has been in the industry for over 20 years, but we do consider ourselves a new business in the geographic space. When we arrived on the scene in 1997, the digitisation of geographic data was advancing in South Africa. It’s a replicable model throughout Africa, because here there is also a lack of digitisation of deeds records, land parcels, boundaries, ownerships, tribal land, etc.

What are the milestones AfriGIS has achieved in the last 20 years?

Winning the IEC tender (Independent Electoral Commission) was big right at the beginning of the business. Recent highlights are the awards for the Gender Based Violence Command Centre (GBVCC), which we enable with our technology to assist Vodacom in the social development project that provides an immediate and effective service to victims of gender based violence, as well as getting the same award at the Mobile World Congress hosted by AfricaCom.

Do all the sectors you are involved in follow on each other in winning clients, or was it a general movement to diversify?

Location is ubiquitous; it covers all industries. Initially our customers were from the government and our first private customers were churches that asked us to map their congregations. We went on from industry to industry based on the early adopter characteristics of the customer. Banking, insurance and property were next, linking ownership to the land parcel evaluations and so on.
There are studies from Indian Space Agency which, as with the clear link between communication and GDP growth, there is an equivalent correlation with geographic information.
The spatial data infrastructure is not necessarily commercially driven, as it is coming from the government. When it comes to the geographic information and access to it – up into Africa, it unlocks that, as well as unlocks the proper collection of rates and taxes.

In which sector AfriGIS will have the more opportunity for growth?

For the near future, financial services and more specifically banking and insurance. There will be two main drivers behind it:
First, the regulatory and compliance system because if penalties go up by factor 10 suddenly, if the financial services have the wrong customer information and penalties increase from 50 million to 500 million, it will be a significant problem.
Secondly, cost saving. If you know exactly where your customers are, you have a better chance, at making a browse location better and ensuring your teams are correct. In all of that, fraud will come down as well, so that helps with security. The same happens in the insurance market.
Everything in the Internet of Things (IoT) has an invisible location context, which few people realise. If you use a Google map to track anything, there is a different license in model, there is a per-device, per-month charge. If you are looking at 22 billion devices that have been tracked, many of the companies writing about it, don’t realise that they must pay Google to show them people on a map. There is a reason why companies like Uber, AirBnB, and others in the tracking world are building their own base maps. It is going to become expensive to get location context for the IoT.

How sustainable is AfriGIS’s technologies and business model in terms of new sectors and new geographies?

We believe it is scalable, in time. We have invested in the right people and the right technology to exponentially scale. Let’s say we do a million address lookups a week today; we can scale that to 10 or 15 million without any trouble. That is where planning and architecture comes in, and we have been doing that for over 20 years. We have been growing relatively slowly, because we spend more time building quality datasets and quality software tools on top of them. The market hasn’t been always ready for the consumption, but both things are now intersecting. We are ready.