Can Indonesia become the world leader in this sector? 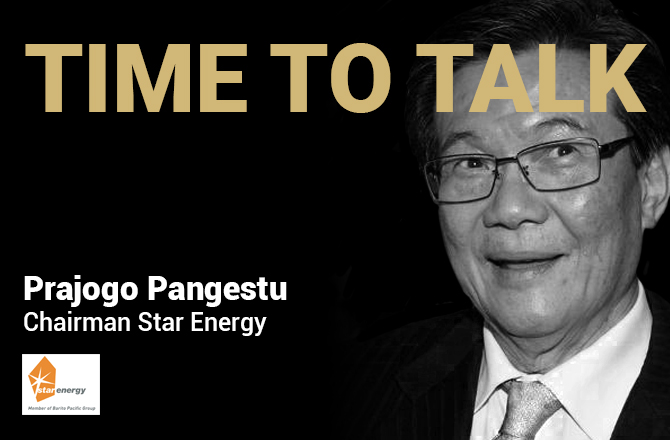 How would you describe the geothermal sector and its challenges?

Geothermal is complicated from an investment perspective and offers a limited success ratio even though it is environmentally friendly. When you look at our production capacity today, this is an extraordinary achievement in a unique industry. This industry is not like with coal fired plants, where you only need a piece of land close to a road, the river or the sea, producing anything up to 1000MW of energy. For geothermal we are speaking about 100 MW or 60 MW.

How difficult would you say it is to develop the Indonesian potential for geothermal?

The Indonesian potential is considered to be 29.000 megawatts. Even today, after 60 years of energy development, we have only managed to develop some 1,500 megawatts. Of these our group provides 875 megawatts, the rest is mainly provided by Pertamina and PLN, with newcomer Sarulla Sumatera just bringing 110 MW onstream. But interested private sector players are still rare. For us achieving a total production of 875 MW is without doubt an incredible achievement.

Indeed, geothermal is a risky business. What your strategy going forwards?

I would say we are in a strong position due to our good fundamentals, from a technical and technology standpoint. We are delivering strong performance and have a good understanding of the business. Our goal is to reach 2,000 MW within six years. Another strong point is the trust we receive from the banks, both local and foreign. This helped us manage the $2.3 Billion USD for the acquisition of Chevron’s two geothermal power plants, Salak and Darajat and has resulted in a strong foundation for further growth.

“For us achieving a total production of 875 MW is without doubt an incredible achievement.”

Do you believe that Indonesia can become the world leader in geothermal?

Yes, I firmly believe this, but here we need government support by providing more incentives. Everyone knows that geothermal is a high-risk industry. By 2025 Indonesia has a program to produce 23% of its electricity from renewable sources, such as solar, wind, hydro and geothermal.
At the end of the day, we are businessmen and need a viable calculation to work with. We can produce electricity cheaper from coal at about 6 ct per kwh, which can be the basis for 77% of the country’s electricity production. The other 23% will cost about 7ct for hydro and 8ct for wind and solar. Geothermal needs a slightly higher incentive to attract sufficient private investment. The overall price for electricity generation will thereby still be manageable and see further investment.

How would you see the current investment climate in the energy sector?

I hope that Indonesia will remain a stable country with foreign investors such as Exxon, Chevron, Conoco, Phillips and Total. As a country we need to maintain our positive relationship with these investors. We are also welcoming new players in order to create stability and a conducive working atmosphere to assist developing this nation.

As someone who has seen a lot of development here in Indonesia, would you say that your country is maturing?

The general public is becoming more involved and can differentiate who is delivering results and who is not. I would say that the decade from 1998 – 2008 were very chaotic, but from 2008 till today we have been making good progress, which I hope will continue. Today we see cities such as Surabaya, Medan, Semarang, Bali or Ujung Pandang developing, which in my eyes is a very good sign.

How would you like to see Indonesia developing in the international arena?

I would say that Indonesia first and foremost needs to develop its economy. When looking at diplomatic ties, our partnership with the US is good, our links with other Asian countries are equally very good, such as Japan, China. As are our ties with the EU. Joko Widodo is focused on partnerships and seeks to accelerate Indonesia’s economic development. I personally would like to see him re-elected for another term, which will bring further stability. He has a plan for the country and within the coming ten years Indonesia will become one of the world’s leading economies.

I want you to have trust in Indonesia, a country that each day is becoming greater. The Indonesian people are striving for more development and we need more investors to achieve this goal.