Indonesian culture has changed a lot in just a few years. Here’s how 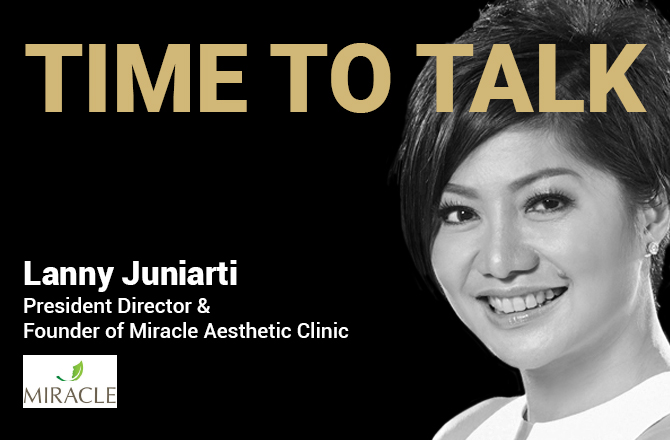 Your clinic was founded in 1996, as the founder of the group, what have been the biggest development steps of Miracle’s growth?

There are 3 major steps that have brought us to where we are today. First, we understood that the Indonesian market offers significant growth potential. We therefore decided to open our first branch in Bali, the Denpasar branch, then another, the Kuta branch. Again, we were not satisfied with only two branches
and wanted to expand further. At that time customers were already coming from other cities and islands to receive treatment with us. We realized that if we grow our business with our own capital, we would have limited resources and people. We therefore began licensing our brand to loyal customers.

Why do expatriates and tourists come to your clinics and what are their wishes?
Initially they came for botox treatments. Once they were happy, they told their friends and relatives about us. At this time, there was no social media, so we launched advertisements through magazines, local newspapers, but the most powerful advertisement for us is word of mouth.

What about the branding of your business?

In 2013 we launched the re-branding of Miracle. We changed the logo, worked with consultants from Singapore and we took about one year to prepare the brand management. We decided to focus on facial esthetics. For four years now we have moved along these lines, closing our spa and stopping body and hair treatment. Miracle today specialises in face esthetics, and we set up a new brand, Puraforma, for the body center and anti-aging. We realised we have to focus on facial esthetics, even though we still see the potential for the other treatments in the market.

“Indonesia remains a promising market, because the culture is changing”

How is the interest in the area of surgery? Will you keep expanding this area as well?

People have shifted from surgery to non-surgery, mainly due to evolving technology. When we first opened Miracle, people saw surgery as the solution to every beauty problem. At that time the technology was not so advanced, so if you want to tighten your skin, you would go for surgery and do a face-lift. Now we have many non-surgical methods. We have laser, frequency and ultrasound based machines, which can all help to tighten the skin, it’s a question of educating the patients.

How do you see the Indonesian market changing, what is the specific in comparison to other South East Asian countries?

Indonesia remains a promising market, because the culture is changing. A few years back, people believed that even talking of treatment is taboo. Now they even during the treatment take selfies to keep their friends updated. It’s not considered a taboo anymore.
When we started the clinic, it was difficult to handle the technology, as hardly any brand had a distributor in Indonesia.
We had to import the machines from the US Italy, which cost a lot of money. But now, almost all good brands have their distributor in Indonesia.

How do you see the opportunity of partnerships abroad?

We are open to any possibilities right now. We have our collaboration with the AAAEM and I have also joined some digital colleges, such as Sinclair College. I continuously keep myself and my doctors updated by numerous courses.

Where do you see the biggest innovation, is it Korea, Switzerland or the US?

We don’t choose a certain country as our benchmark, but we a looking at developments everywhere, what is for instance the best practice in the US, in terms of technology, machines, laser, and devices. We have learned a lot from the development in the US. In Europe, we have seen that mesotherapy is popular, which is not well known in the US, but in France and Italy. Different countries have different.

What is your vision for your company?

We are preparing for our IPO and continue to develop our three brands under Miracle. Puraforma for the body and anti-aging center, we have emdee Clinic which is a more affordable skin clinic for a younger market. We realize that the middle class economy is rising rapidly here in Indonesia.