Why Indonesian customers are distinct 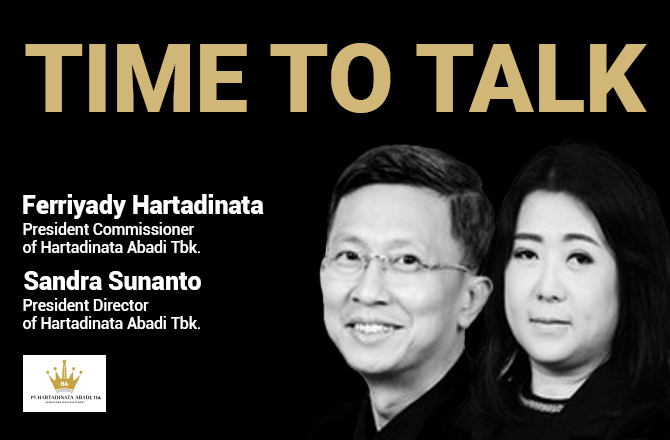 Hartadinata was established in the 1980’s and has grown to become a major player in the jewelry business. Is it true that you account for 10% of the gold that is used in Indonesia?

Ferriyady Hartadinata: I began my business back in 1989 as a jewelry salesman, which is unique about Hartadinata; most jewelry businesses are traditionally family businesses, whereas I am the sole founder of Hartadinata. When referring to our market share, it’s difficult to judge. Prior to our initial public offering (IPO), we used the Euro Monitor data from 2016 to gauge our market share and to get valid data about the industry. According to this information, our Indonesian market share would now be around 10%.

It is in that sense very unique for you as a jewelry company to embark on an IPO?

Ferriyady Hartadinata: Before our IPO all Indonesian jewelry manufactures kept their information confidential due to tax issues. The IPO forced us to disclose all information on the company and for many within our industry this was a very unusual step. I however saw this as an opportunity: I see this as an opportunity for us to become number one in Indonesia. The market currently offers a very good growth opportunity in the Indonesian jewelry sector and to capture this opportunity, we needed the IPO. Opening the books is an opportunity, especially when you want to count on the support of the Government in the future.

From an investors perspective, what other reasons did you have for the IPO in terms of growth? You are employing a franchise system for Hartadinata?

Ferriyady Hartadinata: A major point for the IPO is that it means a new growth momentum for the company, where we will focus more on technology such as e-commerce. For this area it will help us significantly to be transparent and able to disclose information to the market. The franchise system that you mention is a growth strategy we have already employed. In the same way that I myself started this company without a long line of family tradition, I want to enable entrepreneurs to do the same. Through this franchise system, we expect to accelerate the growth of our market share. We have already opened five shops in Bandung, Batam and three in Jakarta and are on track to reach a total of ten franchises this year.
What makes us fundamentally different from other players, is that we have an integrated business model, being present in the whole value chain, not only as a manufacturer, but also wholesaler and retailer.

“A major point for the IPO is that it means a new growth momentum, where we will focus more on technology such as e-commerce.”

Ferriyady Hartadinata: The selling of jewelry gave me a unique insight to understanding the market and its differences between Java and Sumatra for instance. Here in Indonesia you cannot serve the whole market with one kind of design, you will need to adapt to the different regions. Through knowledge of every detail of the business, I have managed to build it to what it is today.
How do you plan to grow further from here and become number one in the market?
Ferriyady Hartadinata: I built a very strong board of directors and have chosen the best talent possible. We as the directors are now focusing on further solid growth of the company. Over the coming five years, we want to increase the number of our retail stores to 120-150 stores, and hope to achieve half within the following two to three years. We are also building our e-commerce platform, but will initially begin with a focus on B2B, mainly for wholesalers. Once we achieve the right amount of retail stores, we will expand into online sales.

How do you enhance Hartadinata’s brand recognition?

Sandra Sunanto: Indonesians normally don’t care who produces the product, but rather who sells it. People here trust the store more than the product, which is why we are working hard to educate the market. We want them to realize that if you want top quality products, you have to buy Hartadinata. Currently we are negotiating with one of the major retail chains in Indonesia to co-partner and to co-brand our product. We are focusing on branding and e-commerce and the negotiations with the retail chain. The IPO was an ideal entry point to increase our capacity and reach in the market.