This state in Mexico is quickly becoming an FDI hub. Local CEO, who started his business on only $20,000, reveals his success story 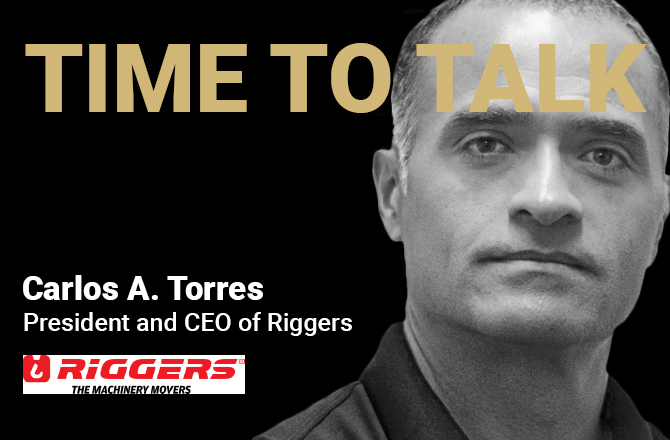 The small Mexican state of Querétaro has become a focal point for foreign direct investment in recent years. What is it that makes the state so attractive?

First of all, I would say it is its strategic location. It is close to both Mexico City and the country’s main ports. Secondly, I have to mention the people, in which I’m proud to include myself. I founded my company in 2006, and in 2008 moved here to Querétaro, not only for safety reasons but also foresee-ing the growth opportunities that were coming to the region within the automobile industry. The government has done a good job since I’ve been here, both at state and national level, and Querétaro has done a great job in the attraction of foreign direct investment.

Do you think that, for 100% Mexican companies, there’s a risk of foreign competition affecting different sectors and companies?

Today, most rigging companies here are Mexican. Foreign companies come and create employment, which in turn generates economic growth and positively affects all sectors. The construction sector, for example, has grown exponentially since I arrived in 2008. On the whole I don’t think foreign in-vestment affects us in a negative way.

Rigging is not simple. Does Mexico have the certifications and regulations necessary to ensure that these tasks are conducted properly?

Nowadays, yes. Some time ago external companies were used to rent cranes to install machinery. Now there’s specialised machinery to do this kind of maneuver in confined spaces. Today, as many companies are foreign and they’re bringing with them the necessary security knowledge, they’re looking for professional rigging companies.

Let’s talk about Riggers. What were your main goals and objectives when you first founded Riggers?

As the market was mainly dominated by foreign companies, and I had worked during 7 years with one of them, I knew there were many aspects that could be improved. We’ve trained and developed qualified and specialised people who are able to correctly perform different tasks and use different kind of machinery in the proper way. For example, I can have a group of five people carrying out different tasks whilst my competitors might need a dozen people to do those same tasks. We’ve trained our labor force to be able to carry out more than one task, whilst our competitors usually have workers who are only able to carry out one task. This is the main competitive advantage we have over our competitors here in Mexico.

Since the company’s establishment in 2006 it has been growing and succeeding. What has been behind your success?

When we started, I was counting on some money that I was owed and in the end wasn’t paid. I had to start my company with $20,000, which is a very small amount of money: I couldn’t even afford the smallest machinery we have. I had to start renting machinery and even employees. I brought a supervisor with me who was very skilled, but I couldn’t make him the General Manager as he didn’t have the educational background, nor did he speak English. I decided to bring him in as a partner and began exploiting all the skills I had seen in him. He has turned out to be an excellent rigger; among the best in Mexico.

Have you always maintained this growth strategy?

Yes. I like to focus on the development of people to have the best work-force in Mexico.

I try to maintain a warm working environment, and in fact we are the safest Mexican company, continuously training our workforce to remain the safest company in Mexico.

Three years after our establishment, the international rigging association Specialized Carriers & Rigging Association congratulated us for not having had any accidents, and we managed to continue for a total of ten and a half years without suffering any. No compa-ny other than us, either in Mexico or US, can say this.

What are the other competitive advantages that Riggers has over its main competitors?