Trinidad and Tobago: Toward a modern Caribbean economy

Privileged with large supplies of oil and natural gas, Trinidad and Tobago has long been a small country with a high income. As in many nations rich in a particular resource, however, there has been such an emphasis placed on black gold that other areas have remained neglected.

With GDP for 2016 standing at around US$21 billion, the twin-island nation towered above its Caribbean neighbors economically, but this represented a fall of 10.9% on the previous year. This is largely due to vulnerability to world oil prices, which yearly guides the ebb and flow of Trinidadian fortunes. Efforts to diversify have long occupied the minds of the country’s leaders both in business and politics and, in order to achieve this, the islands consider creating a business-friendly environment for incoming investors essential. Signs are beginning to show that this is happening.

Even in the country’s flagship industry, there is room for progress, and CEO of Ventrin Petroleum Company Ltd. Anne Ghent is quick to point this out: “When the price of oil dips and things are not as good as they used to be, you begin to see where things haven’t been done.” Ghent cites a lack of digitization as a major problem, suggesting that improving the efficiency of the country’s bureaucracy in this way should be prioritized. Talking of customs in particular, she indicates the need for change: “There’s no need to reinvent the wheel. For example, when a ship comes into port everything can be done online: you can make an application to enter the country online, you can get a response online, duties and taxes can be paid online, and the process doesn’t need many people.” Ravi Tewari, CEO of Guardian Group, a financial services provider operating throughout the English and Dutch Caribbean, shares this view: “We have all the basic infrastructures in place, but these need to be upgraded for diversification to happen in earnest. The process of upgrading has begun; modern legislation has been adopted, and a modern view of how financial institutions should be governed.”

With the level of traffic passing by Trinidad and Tobago, sandwiched as it is between North and South America beside various major shipping lanes, Ghent is convinced that the country is in an excellent position to take advantage and develop further industries:

“There is a lot of maritime activity and there is potential for a lot more. There are a lot of vessels that go past us having no reason to call, but if you offered services, you have the advantage of having this vast group of ships to cater to. There’s a lot to recommend in Trinidad, and a lot of basic infrastructure like roads and water and even digital communication, but to go to that next level we need quite a bit of reform.” 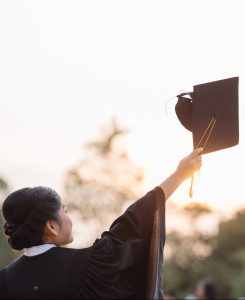 Not everyone tells the Trinidadian narrative with such doom and gloom. Karen Darbasie, CEO of financial services group First Citizens, speaks with open optimism about the country’s development: “We have a stable political environment; the government has invested substantial funds in the education system, which means we have a well-educated and skilled workforce; our infrastructural development is reasonably good; our telecommunications facilities are good; our road infrastructure is good.” An educated, English-speaking workforce does indeed stand strongly in the country’s favor, as does the leading position it holds within the CARICOM group of countries – of which it has the largest economy. Darbasie also speaks with relish about policy changes being made to advance trade: “The Ministry of Trade has been doing a lot of work on double taxation agreements with different countries that will promote a solid environment once trade starts, both for investors coming in and local companies exporting to other parts of the world. We have always had that with CARICOM neighbors, and now we’ll be able to expand into Latin America.” The opening up of these new markets will offer exciting new prospects to business in the islands. For foreign investors coming into the country, an online portal, ‘TTBizLink’, has been put in place by the government to help with understanding the country’s business environment, its registration requirements, and to form links with entities which are essential for establishing a business within the country. Such efforts testify to an awareness on a governmental level that the country needs to be brought into the twenty-first century, and a willingness to invest in achieving this.

Shaping the face of the country as it continues its development is ACLA:Works, an innovative architecture firm with a vision “to transform the way we live, work, learn and play.” Despite his passion for transformation, however, Director Brian Lewis was already happy with the ease of doing business in Trinidad: “From my architectural perspective, Trinidad has always been very welcoming of foreign business, especially in the construction industry where foreign architects and contractors are allowed to come and go.” This said, Lewis welcomes measures such as those made by the government to further open the country up to foreign investment. He has a word of caution, however, on the importance of limitations on industry: “If there is more investment in the country, there would be more development and therefore more construction work, provided that the government establishes a partnership role for local participation.” Elaborating on this, he emphasizes that investment should benefit the local community: “The government has to set certain limits so that the benefits will stay here. Otherwise it would just be a flow of money going out.” Having already completed projects for the Ministry of Public Administration and Information, the Institute of Marine Affairs, as well as urban planning and various private residences, acla’s role in forming the Trinidad and Tobago of tomorrow is proving to be comprehensive.

In diversifying away from the energy sector, the government is targeting specific industries on which to focus development, and one of these is information and telecommunications technology. Telecommunications Services of Trinidad and Tobago Ltd. (TSTT) is one of the companies taking advantage of this blossoming sector, and CEO Dr. Ronald Walcott speaks confidently of the country’s successes in this area: “In terms of mobile, we have one of the highest penetration rates in the Caribbean, 160%, which is on a par with global standards.” Where there are gaps, such as the failure to introduce LTE (4G) universally across the islands, Walcott is assured of the work being done to address them and place Trinidad and Tobago ahead of its neighbors: “That is going to be addressed this year. Where some of our neighbors have rolled out LTE in 700 MHz, we’ve done so in 1900 MHz and we’re the first (and right now the only) operator to do so. These efforts notwithstanding, we’re yet to roll out a ubiquitous, all-encompassing mobile LTE broadband solution throughout Trinidad and Tobago, which we will do.” 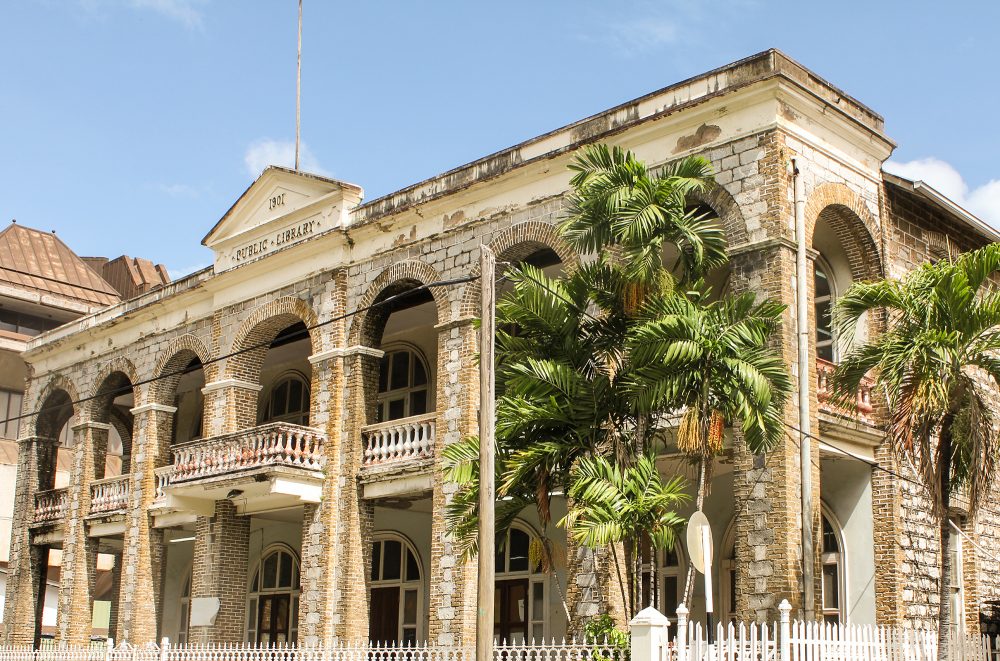 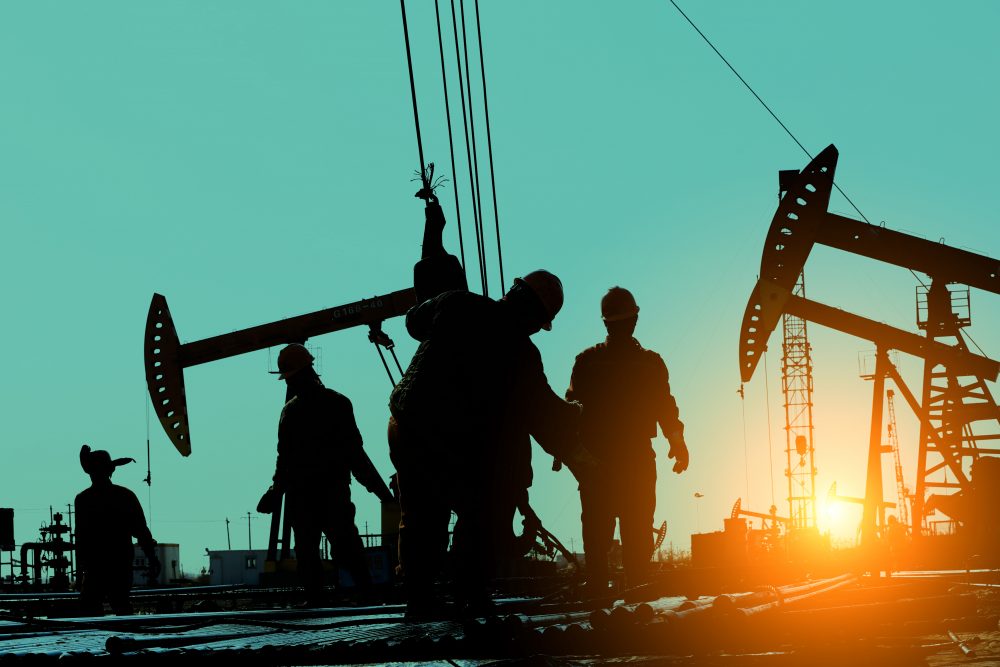 As much as it is the responsibility of government to bring the country up to a standard, the private sector also has its part to play, and Walcott is appreciative of this: “I can’t see us really diversifying our economy to the point where we need to be unless there is a robust communication network that underpins everything. Our role, from a national development and diversification perspective, is to provide a communications backbone that allows for the development of a cloud-based system that is powerful enough to provide for diversity and development.” Being Trinidad and Tobago’s only full service provider and catering to much of its business community and government departments, including national security services, TSTT has already demonstrated its expediency in coming to the fore in the country’s telecommunications industry, and now as an industry leader seems to be the natural candidate to urge the country into the digital age.

Healthcare on the islands is another sector in which, having already made strides in the right direction, the main players are pushing the industry forward. Paul Anderson, CEO of Global Medical Response of Trinidad and Tobago (GMRTT), recognizes that problems still exist, but is optimistic about the progress being made: “It’s a health system that is under tremendous pressure and continuous change. I’ve seen considerable improvements in the time that I’ve been here.” GMRTT is, as Anderson says, committed to improving its service to better healthcare for all Trinidadians: “We’re attempting to position ourselves by increasing the clinical competency of our staff that will be part of that solution to rationalize how healthcare is distributed and accessed.”

As it turns away from oil riches in search of a diversified, modern economy, Trinidad and Tobago has a wealth of things in its favor. Regional clout, an educated and English-speaking population, and a stable political environment offer a good base. Most important, however, is the evident agreement between private and public sector on what must be done to get the economy moving, and the willingness that has been demonstrated to do it. As they continue to develop, these islands will pack an increasing punch in terms of attracting investment from abroad.