How women took hold of South Africa’s oil and gas 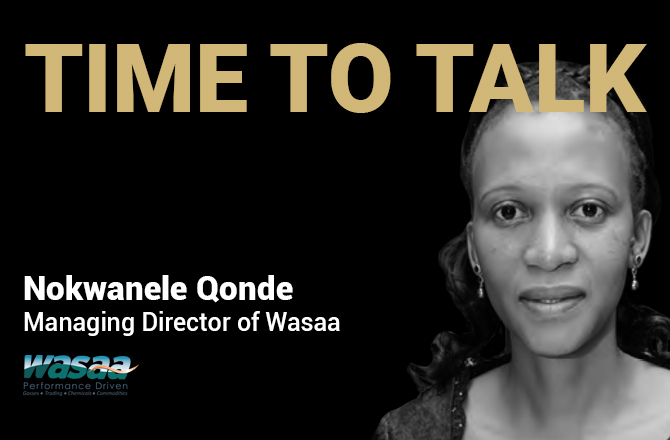 As South Africans, we don’t rely on the government — we stand up on our own as individuals and as people. We make our voices heard. We also have strong structures and institutions in South Africa. In addition to our Judiciary, we have strong NGOs, and NGOs in our country have played a very instrumental role in terms of development and also keeping democracy alive. These kinds of things make South Africa resilient.

What opportunity did you originally see in the petrochemical sector?

I felt that there was an opportunity in the oil and gas space for hands-on women, who have come through the ranks, who show leadership and can come in as operators instead of investors. At the time, most of the BEE deals that were done were about equity, where BEE companies would take a 25 percent stake in a majority-white company. We thought as women from the industry we could come in at a different level as operators, and that’s what we did.
Now we do at least a million barrels of crude oil per month, and parallel to that is the trading of refined products. South Africa is a net importer of diesel and petrol despite our 6 refineries and will continue being so into the foreseeable future. This, and other current developments in the country, means 2017 is the year to reposition and redirect, because if we don’t do that, we’ll be in trouble.
In terms of our BEE Codes, when it comes to Oil and Gas, our experience means we are in a better position to define our sector code. The legislation makers can sign things from the top but if they don’t know what happens on the ground, they won’t be able to address the day-to-day issues. There must also be an alignment among all the players in the industry. The government can never get it right on their own, not because they don’t want to, but because they don’t know what we know.

How does Wasaa compete with much bigger players in your field?

It goes back to our model and the reason we came into the market. The reason we came into the market was that the industry was looking for a new face. We also knew people and knew where to start. And we are not competing on price. We compete on service. For example, we introduced the 24-hour turnaround, where if a client puts in the order today, they will receive it tomorrow or even same day, which you don’t find in a big corporate environment. Also, we are agile when making decisions, we don’t have to go to a Board.

In the next two to three years where do you see yourself taking Wasaa? What opportunities are there for you in the future?

Wasaa can do so much. There are huge opportunities in liquid petroleum gas in the residential space. South Africa’s market penetration in the residential sector is probably around six to 10 percent while you get countries where everyone uses LPG for domestic heating, whereas South Africa is the opposite. Even a country like Ghana, where they consume about 350, 000 tons of LPG per annum, 95% of that is in the domestic market, only about 5% is in the commercial and industrial market. In South Africa, it is the other way around. At Wasaa we see an opportunity in that.
We are at the moment looking for refined products import terminals, for acquisition because that is another front for us as a trader. We will not import for ourselves only, we will also import for gas wholesalers who own the necessary infrastructure. That is where we see ourselves in the near future and that will be a game changer. We are looking for crude oil allocations, as in South Africa we don’t have crude oil resources currently.
There is no South African company that is trading at an international scale. We import so much into the country and yet there is no international trading house that is South African and taking advantage of that. I see Wasaa as that eventually, that’s where all these bits and pieces we do are supposed to take us.