This company can get rid of 99% of customer fraud. Here’s how 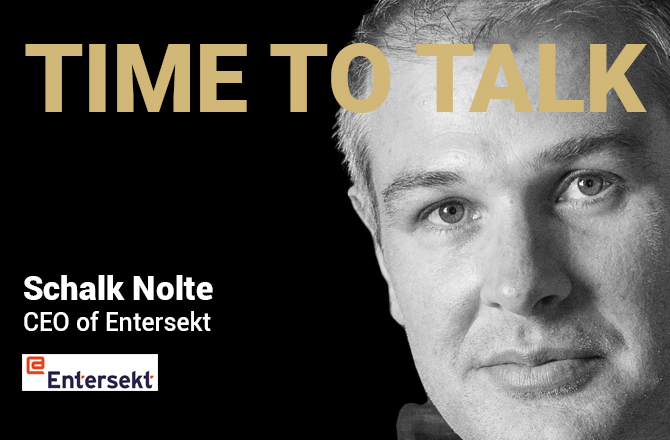 Why is Stellenbosch so great for this tech mind-set and entrepreneurship?

In terms of Africa, the first satellite of this continent wasn’t built by a country—it was built by a university, and that’s Stellenbosch University. It’s part of the Washington Accord, which means that the Engineering School doesn’t need entry exams into Europe, the US, Australia or New Zealand. We have top talent, and because of the surroundings people don’t want to leave.

For us it is important to not play catch-up but to be ahead of the fraud curve, to constantly try to anticipate what people will try to do. We have gone to banks and said “this is what will happen in the next 12 to 18 months,” and they’ve responded by saying “well, it’s not happening now.” Then, when it does happen, we already have the solution. We anticipate the possibilities and the vectors of attack. We realise that a mobile is a powerful device. If you can solve security in a mobile, it can be as disruptive as email was to mail. You should be able to do anything and everything off a mobile.

After breaches that have occurred in other international companies, how do you maintain your reputation, especially with banks?

Our entire premise has been that this is the new normal, and we’ve designed our system so that there is no single castle wall, so to speak, to get through. In terms of security, the world is changing towards where it is end-point security between two parties. As an example, Entersekt’s systems never know who the end user is.
What we do is put you in control of the use of your information. Before a sensitive bank transaction, to a new beneficiary or for a one-off payment for example, it will ask you “Is this really what you want to do? Yes or no.” This way, customers feel empowered. The customer is in control, and transactions actually increase. One of our customers in Germany, where we deployed this with online card purchases, saw in four-and-a-half months the value of their transactions increase 15%, with fraud down 99%.

What was the first milestone where you saw that there was a space for this company in the market?

It was probably our first customer, which was Nedbank, shortly after our doors opened. At that stage there was a significant problem with phishing, which is when somebody sends you a link purporting to be your bank or the tax service or whoever. We deployed our service with them and immediately their phishing problem was reduced to zero.
Fraud is like energy, in that you can change its form but never get rid of it. Fraudsters who couldn’t get anything from that customer targeted other banks, who then got in contact with us. We realised that this has got legs and that it works. Nedbank put out a press release the following year to say that their phishing problem had gone down over 99%.

What vision do you have for Entersekt for the next 3 to 5 years?

Our target for the next 24 months is TenX. We want to become the first FinTech billion dollar company out of South Africa, and if our growth continues on the same path we will do that. Everyone is realising that this is the way to solve the problem, so we are expanding into key markets.
People only have a certain number of apps on their phone that they use and we see the banking app as the app of the future. Servicing someone through a banking app is a 43rd of the price as compared to servicing them person to person. One of our customers calculated a saving of millions of dollars a month by pushing more services into mobile. We want to leverage this pipeline.

What do you want to leave readers with to let them know what Entersekt is and what it can do for them?

We allow you to empower your customers. It is not only about stopping fraud while the top line increases. Everybody wins if you empower the customer.