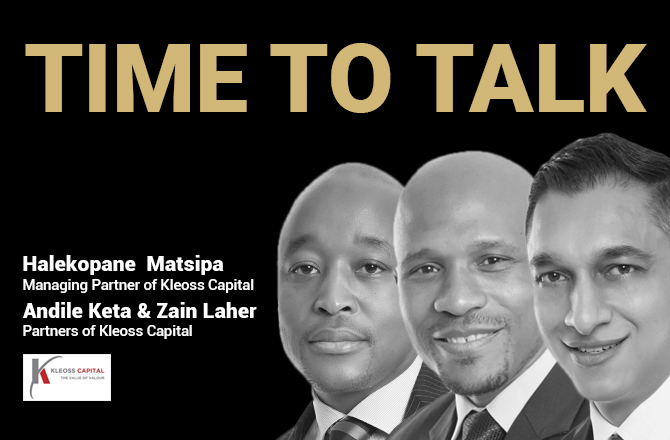 What are South Africa’s competitive advantages?

Hale: We are in a stronger position than most other African countries or other developing countries globally: one can come as a foreigner and enter into a contract with certainty that the contract is legally binding. Another fundamental institution is the Independent Electoral Commission (IEC). The ruling party lost some key economic hubs in the last municipal elections but we had smooth handovers of power.
South Africa also has a relatively young population that needs to be trained with relevant skills. Those skills should focus on building a knowledge-based economy. Young people are more tech-savvy and technology doesn’t necessarily require a degree; it’s about practical application. We should focus on becoming an outsourced IT hub for the world, much like India, exploiting our English for the European and North American markets.
Another advantage is our mineral resources. Ours is among the largest reserves of platinum in the world. Fuel cell energy from platinum could be the future of electric vehicles, as well as having other uses. We should aim to make those energy cells in South Africa in order to export to the world. We should train our youth to add value to these minerals rather than exporting them raw.

Why hasn’t Africa been able to export those innovations to the rest of the world?

“…Many South African companies have globalised themselves. The world is forever shrinking aided by technology…”

For example, given the inefficiencies of moving money in Africa, it stands to reason that efficient payment solutions would be invented here – companies like M-Pesa in Kenya, E-Wallet in South Africa, and MFS Africa.
There’s also so much money set aside in the developed world for technology innovations. It attracts a huge talent pool to those market, so there is less economic interest for a country like the USA to come here and look at opportunities than vice-versa.

What made you come back to South Africa after three years on Wall Street?

Hale: The continent has many challenges, but there are also great opportunities if you are smart about what you want to achieve. An example is the number of international apparel stores that have set up operations via agency contracts with locals. The continent has many people in general who are aspirational and they look towards the developed world to affirm their status. What I have also realised is that you can globalise from South Africa or anywhere from the continent. Many South African companies have globalised themselves. The world is forever shrinking aided by technology.

What should people know about doing business on the African continent when operating out of South Africa?

What vision do you have for Kleoss?

Hale: To be great at what we do. Look after our investors’ money, invest wisely through partnering with portfolio managers, and growing businesses we’ve invested in to generate a good return. But we must invest responsibly. That means we must ensure that our managers, employees, society, and other stakeholders feel the positive impact of our investing. It will invariably mean we forego some short term profit in the interest of a greater cause.