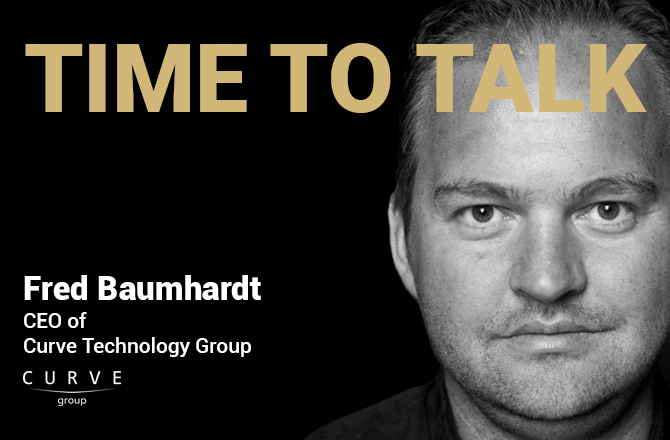 What has been the key to your success in order to grow in such a short period of time?

Curve has taken an approach to have 50% senior industry experienced leaders, ex vice-presidents, ex senior directors, and ex country managers, and mixing that with 50% entrepreneurs. When we do that, we get the best of both worlds. People with the imagination to dream, but also people who can make those dreams a reality. That, for us, has been one of the critical things.
That challenge has been to overcome the capital starvation of the technology industry in South Africa. We’ve had to be smart about how to build a technology company without necessarily giving away 60% of the company upfront. If you do that, you’re not an entrepreneur; you’re beholden to the investor that’s taken half of your business in return for a small amount of capital.

What opportunity did you see in the ICT sector 12 months ago when you took the risk?
Firstly, the assumptions that the world has made about technology in Africa are wrong. Where it really misses the mark is in the fields of technology, communications, and telecoms. The capital efficiency of telecoms, and the wireless nature of telecoms, has meant that the African continent has been able to join the internet revolution a lot faster than other revolutions, like the industrial revolution or the electrical revolution.
Now that mobile phones are so prevalent and mobile phone infrastructure in Africa has become so good, South Africa effectively competes at the same level as Spain, the UK, or even the US in digital mobile services.
Of Africa’s 1.2 to 1.3 billion people, less than 120 to 150 million have a bank account. So, more than 90% of Africa is excluded from the global financial system. Curve has been founded to connect those people to opportunity, to finance, to investments, NGOs, etc. We’ve built a Western-European style banking solution with cards at the same cost that you would have in a non-card system such as M-PESA or mobile money. We have an opportunity to financially empower the next billion Africans and make them matter.

What is your growth strategy?

To acquire entrepreneurial businesses and smaller companies in Africa that have been doing well for a couple of years and have now reached the limit of what they can do alone. If you take a look at our Paperless acquisition, in three months we’ve managed to triple their monthly revenue. That’s because they were missing sales and engineering talent. Our growth strategy is bringing an organisation like Paperless, which is amazing technology, and providing the 30% that they were missing.

Where would you like to see Curve in the next three to five years?

We’d like to see Curve launching its technology platforms in at least another 25 countries in Africa. We can bring empowered, socially responsible banking to 500 million who have been previously excluded.

How will you ensure that your customers know you better than they know brands they’ve been around for many years?

The customer doesn’t have to know our brand. We only exist to empower the local company to do something amazing.
For example, we’ve been appointed to build South Africa’s first black-owned bank. After the license is issued, they’ll be trading and launching without ever having gone through the PR, the press, etc. It’s that company’s brand and reach that will be used to touch those customers. It’s Curve’s technology platform behind the scenes, but we never have to be the public face.

Do you have a final message to our readers?