Chief Economist reveals sector in South Africa with the most potential 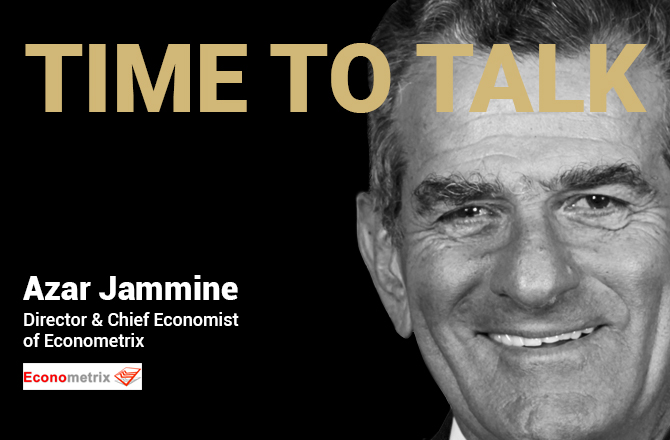 Econometrix has been around since 1992 and you have been at its head since 1995, can you explain the cyclicality of direct investment in South Africa and the importance of it?

The country’s cyclicality is very much still a function of commodity price movements. Not entirely, but substantially so. One of the challenges is to diversify from our dependence on commodities towards two particular sectors: mining and agriculture.
I think South Africa has enormous potential from an agricultural perspective. The technology in that field has already undergone enormous development: 20 years ago, there were 60,000 farmers in South Africa, today there are 35,000 and yet the country remains a net food exporter.

With your expertise, are you better poised to advise governments or the private sector?

We try to advise both, but what we encounter is a challenge that is not unique to South Africa: an ideological divide between those who favor market-oriented solutions for economic growth and those who seek more government intervention and regulation. Until we reconcile these two ideologies, we cannot capitalize completely on our enormous potential.

Which of these do you favor?

I would love to think that market orientation is the way to go for South Africa. The problem is that, as a result of its history, too much economic power is concentrated in the hands of large, foreign-owned companies looking to maximize profits in the short term rather than encouraging long-term development.

In your opinion, which sectors will be well-positioned in 2017?

The most obvious one is agriculture. We recently endured the worst drought in 30 years but suddenly we’ve had reasonably good rains. There is an enormous scope for recovery.
Another thing that has already begun is growth in tourism, both foreign and local. The proportion of foreign tourists from outside of Africa has risen to 20%. South Africa is seen as a cheap and very attractive destination.

How do you think the tendency towards populism seen the world over in 2016 will affect South Africa and Africa in general?

There are two possibilities. As a liberal market-oriented economist, I believe a reversal of globalization could cause a fall in commodity prices to the detriment of emerging markets like South Africa.
On the other hand, if Brexit forces the UK to break ties with the European Union and begin looking for opportunities elsewhere, the most obvious opportunities are in Commonwealth countries such as South Africa.

Do you think that if the United Kingdom starts looking towards South Africa for investment, it will have a knock-on effect on the rest of the EU?

I would like to think so, and not just for South Africa but many African countries. Protectionism is not the way to global economic growth.

South Africa’s GDP grew by less than 1% last year. What do you expect in 2017 for the South African economy and for Econometrix?

Econometrix’s financial performance has been very closely linked to the South African economy. Over the past year, South Africans have rallied around the institutions of freedom, standing up to corrupt politicians while avoiding a decline in its credit rating. International investors are realizing that, despite political instability, institutions are holding firm and the country is not collapsing. One of the effects of this is the return of money to the country.
For 2017 I am feeling optimistic. The real challenge is the longer term: how to address the inequalities that exist and generate greater productivity amongst ordinary people and boost production. This requires political leadership.

What advice would you give to foreign investors looking at South Africa as a potential investment destination?

One needs to look at the investment history of South Africa and see that those who invested 100 years ago are still here. A lot of new investments have come to the country since 1994. This country has enormous potential. Without a doubt there are medium term problems, but we have the institutions in place and a wonderfully cooperative environment. South Africa has not fallen off a cliff in the way people expected it might, we are still a strong country.