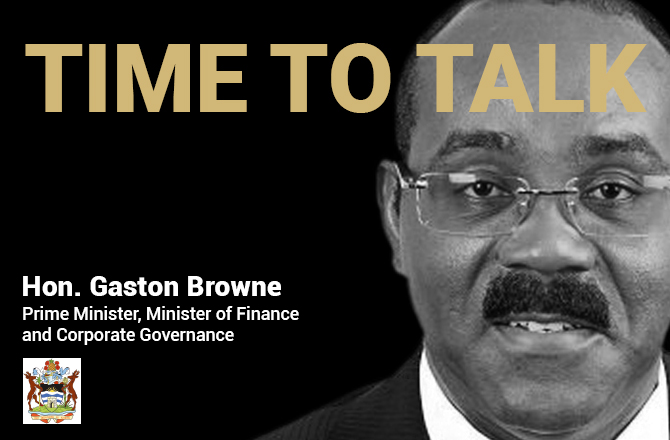 What strategies were put in place to make your nation resilient and to set it on a sound economic development path when you took office two years ago?

We inherited an economy that was severely damaged. That was partly due to the global crisis, but it also had to do with the fact that the country’s economy lacked resilience. We also had, and still have, a very heavy debt overhang. We moved very quickly to stabilize the country’s economic position. At that time, about 30% of the country’s debt stocks were in arrears. We brought those loans up-to-date, including the loans from the IMF, airport loans from the Chinese and Kuwaiti governments; some of those were pending for several years. We renegotiated them and made a significant reduction down to about 10%. We were also able to decrease the rate of unemployment by creating jobs for well over 3,000 individuals.

“I want to see a country where we are all performing our best, representing the country well, competing and showing creativity, innovation, resilience and creating a sustainable economy for future generations.”

Do you see yourself as a role model who inspires people with the “Yes we can do it” attitude?

Yes, I have a great cabinet of ministers. We have successfully stabilized the country’s economy and returned it to sustainable growth within two years. When I took office, we not only had economic failure but financial failure. We pushed forward some creative interventions within the private sector. Thus, we have created our new economic paradigm called “entrepreneurial socialism.” When some people hear socialism, they get worried thinking we are becoming communists, but that’s not the case. What we are talking about here is capitalism, to encourage strong entrepreneurship, with opportunities for the government to participate or intervene, especially in areas of failure and capital intensive projects. We do not subscribe to the notion that the private sector is the sole domain of efficiency.

Where would you like to see Antigua and Barbuda by the end of your first term?

We want to put everybody to work. I want to see a country where we are all performing our best, representing the country well, competing and showing creativity, innovation and resilience and creating a sustainable economy for future generations.

Attracting FDI and the promotion of the Citizenship By Investment Program (CIP) have become tougher. Neighboring countries have similar programs with similar benefits. Where does Antigua and Barbuda’s competitive advantage lie?

Governance is the key. Our CIP has been rated as the most transparent in the world. Ours is the only program that routinely informs of all sales; provides information on the nationalities of the new citizens; reports on how many passports have been issued; reports the total amount of funds collected and how they are spent, so we can determine the yield per passport. We even forward the information to our international partners such as the US, Canada, the UK and other parties locally. We are totally transparent with the information, while protecting the privacy of our citizens.Responsiveness and accessibility are other areas that make us different. You can literally walk off an aircraft and walk into my office. I am here to do business 24/7.
Last but not least, the physical aspect of the country: It is stunning. Literally, there is no country in the Caribbean that is more beautiful than Antigua and Barbuda.