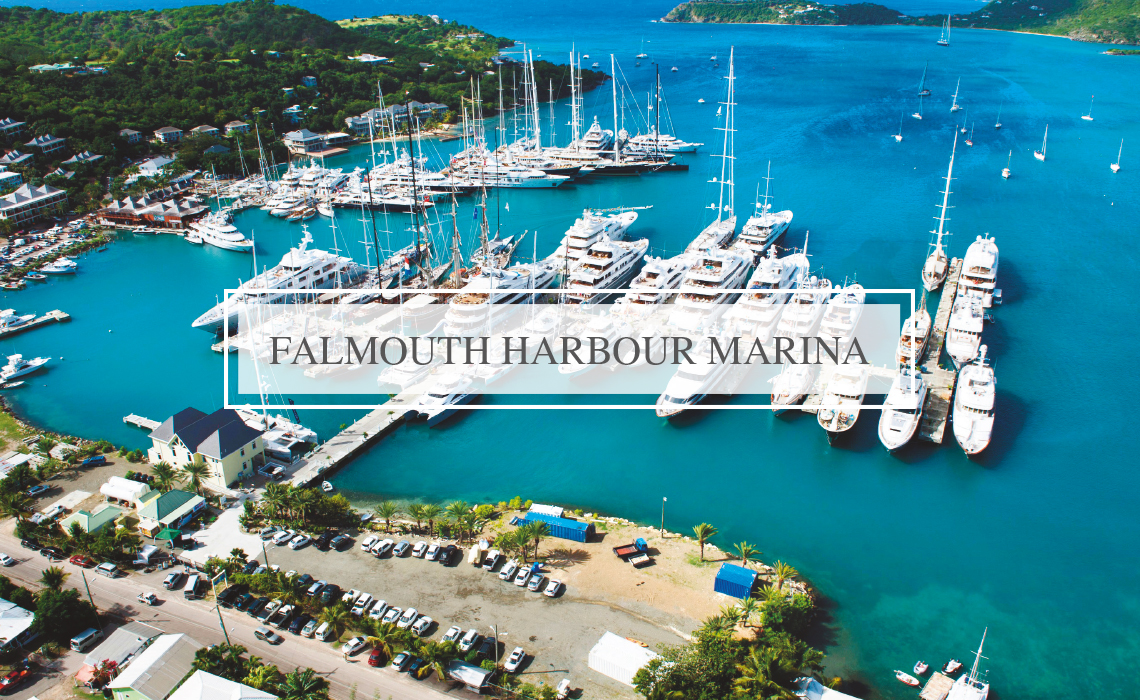 Falmouth Harbour Marina is Antigua and Barbuda’s only designated megayacht marina, and is owned entirely by indigenous Antiguans. It began operations in 1997. Their custom built dock allows for big berths with a deep draft, meaning it is perfect for yachts up to 330ft in length and with a 20ft draft. It is also the only Marina in the English Harbour area where service containers can be stored within the secured premises of the Marina, making it the perfect base for campaigning yachts through the season. The huge concrete dock facilitates large traffic, but smaller boats have a problem docking because of their size. They are this size, General Manager Robert Reis tells Voices of Leaders, because this is the market they wanted.
It’s a market, nonetheless, that they must share with Europe. The megayachts come and go from November to June, when the glamour of Mediterranean summer calls their owners (and all the money they bring) back to Cannes and Portofino and Saint-Tropez. “Between the months of June and November we are actually dead,” says the General Manager.
Unhelpful to Antigua and Barbuda during these months is that they are the months of its hurricane season, but Antigua has not been hit by a hurricane in almost 20 years. The spate of storms from which it suffered from 1995-1999 have lived long in the memory, and some say that it is for this reason the boats will not come during these months. Reis is quick to dismiss these claims as “nonsense.”
“With today’s technology,” he says, “you know a week out if a hurricane is coming, and you can go.”
“Antigua has nice calm seas, good racing, good partying, good food, good drinks, and good people. We have all of the pluses and there is no reason our yachting industry can’t continue to grow.”