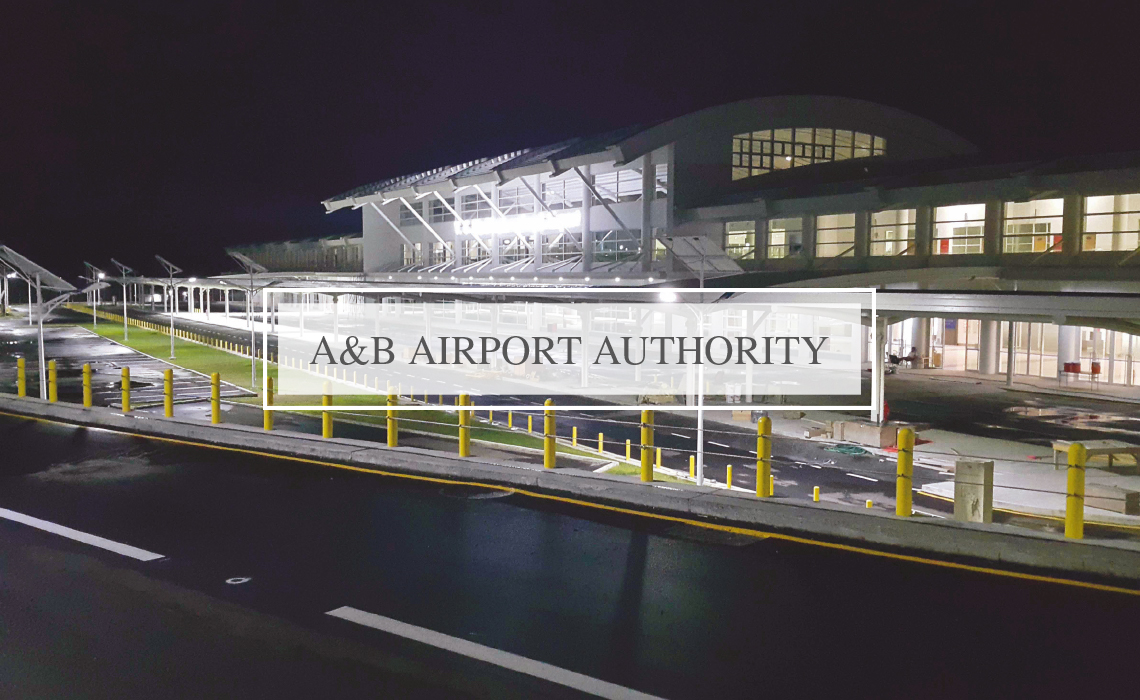 The Antigua and Barbuda Airport Authority Act was established by an Act of Parliament in November 2006. Its mandate, according to the Act which brought it into being, was “to make provisions for the ownership, control, management, and development of airports in Antigua and Barbuda”. The ABAA currently manages the operations of two airports: VC Bird International Airport and Codrington Airport, located on Barbuda.
The Authority’s mission is “to develop, operate and maintain modern,
environmentally friendly facilities to promote economic development through competent human resources, functional leadership, a safety and security culture while delivering exceptional customer service.”
Their vision is “to position VCBIA as the gateway of choice to the Eastern Caribbean and beyond”. In keeping with this vision, VC Bird Airport has undergone a complete redevelopment, and there are also plans for the construction of a new airport in Barbuda.

21st century airport
Due to its proximity to the equator, Antigua and Barbuda has an above-average irradiation and thus offers the best preconditions for solar energy installations with excellent yields at low cost to the consumers.

PV Energy, a renewable energy company, seized the opportunity to support the government in minimising its reliance on oil through the installation of sustainable and highly competitive solar power solutions. The largest solar energy site on Antigua is the 3.86 ha at the V.C. Bird International Airport. The total turnover generated by the airport plant alone amounts to more than US $2.5 Million – exceeding the forecasted production by approx 9%.

Laying the ground for progress

The Antigua and Barbuda Airport Authority, in keeping with its vision “to position VC Bird International Airport as the gateway of choice to the Eastern Caribbean and beyond”, has completed the total redevelopment of its main airport.
The new terminal allows the airport to handle more than double the 800,000 passengers that were previously passing through, and is designed to facilitate growth to up to 2.5 million passengers over the next 25 years. The Authority’s CEO, Stanley Smith, told Voices of Leaders that this expansion was necessary in order to accommodate the “particularly sharp peak” that the airport experiences over a two or three hour period on Saturdays and Sundays, during which “there is a very large volume of passengers coming through.”
There was also the need to expand the airport to accommodate the growth in tourism the country is experiencing and wants to encourage. The number of visitors from the USA reached 108,000 last year, which is the first time that number has surpassed 100,000, and the government’s economic vision is to increase the island’s hotel room availability from 3,000 rooms to 10,000 in the next 5-7 years. The redevelopment of the airport provides the means to facilitate these ambitions.
In line with the Authority’s mission to develop environmentally friendly facilities and the government’s green economy approach, the airport is also the first solar-powered airport in the region.