How Paraguay has transformed in the last 20 years 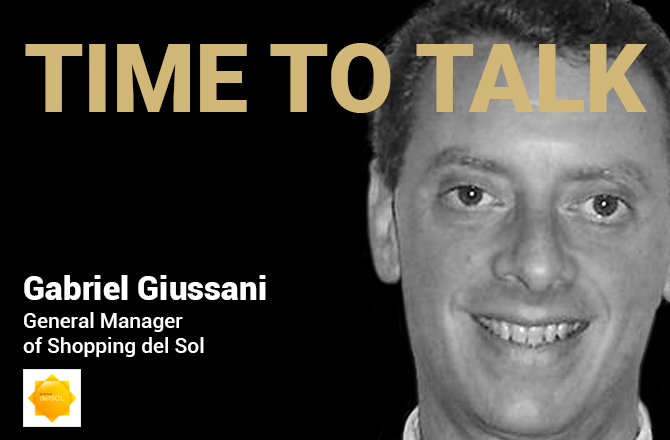 What is the history of Shopping del Sol and what have been some of its challenges?

Shopping del Sol opened its doors in October 1995, in an era when the national culture did not yet understand the concept of shopping malls in the way we do today. Only a few galleries existed, and this is why we saw an opportunity in exploiting this market. Nowadays it is hard to imagine the place as it was. 20 years ago, all this didn’t exist; there were shops spread out here and they were among many houses and villas. When the location of Shopping del Sol was discussed, there was a lot of scepticism. Only time has shown that it was in fact a well-thought-out plan. As in many other places, growth has been created by the existence of this centre of gravity which, in the case of Asunción, is the airport, and we therefore decided on Avda. Aviadores del Chaco. To build a shopping centre, which was not an outlet nor situated on the outskirts of the city, was a big challenge. Luckily, those days Asunción chose to develop itself and even move its location, this has actually happened twice, in the last 20 years. The first move happened in the years 2002- 2003 to the area of Villa Morra where offices were built. The area has been saturated rapidly in the last 5 years and the next move started with the construction of real estate projects, which were built around Shopping del Sol. Nowadays, 25 office complexes exist, as well as real estate developments above Avda. Santa Teresa. This gave us the impulse to grow and even increase the space available within the mall. The opening of the new section of the mall is planned for the last quarter of 2016.

“Walking the streets of Asuncion, you catch a glimpse of the myriad opportunities this beautiful country has to offer. With a backdrop of political and economic stability, coupled with a young and talented workforce, it is easy to see why.”

What is the additional value which Shopping del Sol can offer?

Shopping del Sol´s focus has been on ABC1 customers, which is the target audience of most companies in this sector. Shopping del Sol took the right initiative which helped it to position itself as the leader in the market, however, and fortunately, its focus is not limited to this segment of the population. You rarely find population from sectors A1 AB in another shopping centre. Here we managed to create a concentration of high purchasing power, which needs to be provided by the proper commercial offer and by a mix of brands, which we do offer. Within our expansion, we want to continue with the same mix of brands that we currently offer. Having very high-end brands requires a customer base with high purchasing power, which does not occur in Asunción and is not sustainable in the long run. It has to be highlighted, however, that high-end brands help to attract a variety of people and help in regulating the proportions of our client base.

What is your message in order to attract both: brands and tourism to learn and understand the country better?

We have a relatively small economy along with a small population. What needs to be emphasised is that sustainable growth can be achieved by attracting the people of the region. Looking from a commercial perspective, we have brands which have not even arrived yet in Argentina. We do therefore have something unique to offer and we want to leverage that.

◊ Paraguay has stability, security and some vital ratios in its demography: nearly 70% of the population is under the age of 35.

◊ The country offers economic stability, which can be measured throughout the past 10 to 15 years.